The Sony Music Timeline was produced by London based designer Alex Fowkes and reflects Sony’s impressive musical legacy, while also telling the story of nearly 1000 artists that were signed to Sony Music between 1887 and 2012. The entire mural was created using only vinyl cut lettering, which must have been a mammoth task as the mural covers nearly 150 square meters of wall space in Sony’s Derry Street headquarters. Head over to the Sony Music Timeline microsite to learn more about this amazing project! 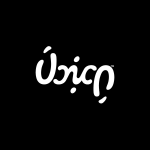 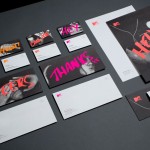