Stunning new identity by French studio, Graphéine for The Franco-German Cultural Fund. The fund ‘illustrates the willingness of France and Germany to strengthen their cultural cooperation’, which in turn has informed the brand mark which features two overlapping rectangles. The way the logotype is arranged within this enclosure is particularly clever as the word ‘Fonds’, which appears in the centre, is the only word common to both languages.

The rest of the collateral is equally well designed and the final result is colourful and striking visual identity!

For more information about this project in English I recommend checking it out in its entirety over on Behance. 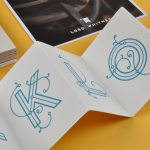 Lore of the North by Amy Rodchester 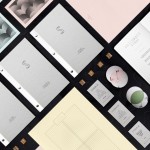